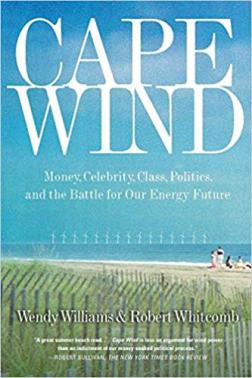 Money, Celebrity, Energy, Class, Politics, and the Battle for Our Energy Future
By Wendy Williams
Published by PublicAffairs
Buy from:

When Jim Gordon set out to build a wind farm off the coast of Cape Cod, he knew some people might object. But there was a lot of merit in creating a privately funded, clean energy source for energy-starved New England, and he felt sure most people would recognize it eventually. Instead, all Hell broke loose. Gordon had unwittingly challenged the privileges of some of America's richest and most politically connected people, and they would fight him tooth and nail, no matter what it cost, and even when it made no sense. Cape Wind is a rollicking tale of democracy in action and plutocracy in the raw as played out among colorful and glamorous characters on one of our country's most historic and renowned pieces of coastline. As steeped in American history and local color as The Prince of Providence; as biting, revealing and fun as Philistines at the Hedgerow, it is also a cautionary tale about how money can hijack democracy while America lags behind the rest of the developed world in adopting clean energy.

"A well-reported assessment of democracy manipulated by powerful federal, state and local insiders."
— ALA Booklist

"A genuine page-turner."
— The Boston Globe

Listen to Wendy Williams in conversation with Diane Rehm 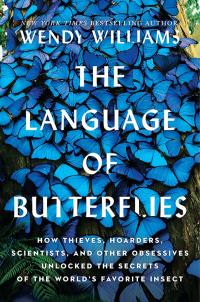 The Language of Butterflies